In part 2, I detailed the start of our photo shooting ways. Next up, I detail the story behind the firemen ad campaign.

We were originally thinking of movie parodies like American Beauty and Spiderman when Charlie had mentioned in one of the advertising meetings the idea of doing something with firemen in the shoot. It sounded like a good idea to all of us, and luckily, I had recently met a new dancer who was married to a fireman; so I was able to get her and her husband to agree to lend us equipment (and her husband) for the photos. Meanwhile, we blocked out a time with Sarah and began recruiting people to model for us. We asked Kokou, a new officer at the time to join us, as well as some other members like Kristina.

And then it was time to do the photo shoot. How we got people to pose for the things they posed for amazes me to this day. On the one hand, we had Charlie in practically nothing but a fireman jacket and hat, while opposite her was Kokou redefining muscle definition wearing just suspenders, the pants, and the hat. Then, for American Beauty, we had both Charlie and Kristina exposing parent-worrying amounts of flesh. It took a lot of time, but in the end, we all had a hell of a lot of fun, and we came away with some stellar photos.

The Campaign Starts to Take Shape

After reviewing the photos we took, Jeff and I landed on Charlie’s and Kokou’s as the definitive photos of the entire thing. I began working on both photos and quickly came up with a simple design that emphasized the image. It was then that we decided this would be our theme, and that we needed more photos to complete it.

This time, however, Sarah was no longer a photography major, having switched to math, so we didn’t have access to the studio anymore. Instead, I got hold of a decent camera and set up my apartment as the studio. We rigged up some desk lamps, hang on lamps that CPSalsa had, and poles to attach to. The original dancer married to the fireman also wasn’t around anymore, so we got another one to lend us gear through a contact of my girlfriend Jess. With that and a throng of girls to pose for us (we had our two guys in Kokou and the fireman already), we shot more photos and came up with the rest of our firemen pictures.

After shooting, I got to work on editing and applying the theme originally done for the previous firemen pictures. With six images total ready to go, we had our campaign.

Fall came around and we were prepared. We had printed large banners, had tons of stakes with flyers, and had even gotten a free deal from our friend, Carrie, to print 500 11×17 posters (the other 500 were for the American Beauty poster I worked on). We plastered the campus and had people put up and take down our firemen banners in the University Union everyday. Despite that, we were unprepared for how large turnout would be.

The first week, we got close to 200 people. The second, we blew past the 200 mark. The third, we did slightly better than the second. However, there was controversy brewing.

A professor had emailed complaining about the raunchy image of Charlie before school even started. Our own advisor sided with the professor when we contacted her. We promptly dumped our advisor. To top it off, we were getting a lot of emails from those upset by the sexual imagery.

Eventually, Billy called for a meeting with some of the upset students and included the Dean of Student Affairs along with some other higher ups to attend. However, we had already gone into the meeting planning to modify the posters. You see, beforehand, we had decided as a group to create goofy censorship stickers to give the campaign some legs. Billy decided to call this meeting so he could placate those that were angry while getting an agreement that leaned towards the stickers. Say one thing for Billy, say that he’s devious.

After the meeting, I quickly got to work on the stickers with Jeff, also getting input on sticker slogans from Billy and the other officers. We printed them out, slapped them on new posters and the original ones we could find and did another stake and poster run around campus.

Like I said, Billy’s a devious one. Soon after the stickers went up, Cal Poly student television news came and did a story on censorship. Mustang Daily also ran an article on our campaign, the ensuing controversy, and the sticker compromise along with daily letters to the editor going back and forth on whether to censor, how much cleavage was too much cleavage, and more. We were flooded with students for the rest of the quarter, Charlie became rather famous/infamous, and we were becoming well known around campus. In fact, the quarter after that, a comedy club parodied our campaign, photographing men in decidedly less attractive poses in firemen gear. That’s right, we got a parody of it. Can’t say we weren’t flattered.

All told, it was probably our most successful ad campaign ever. Of course, talking it up means nothing if you can’t see it right? I’ve included the images below, so go ahead and enjoy them at your leisure. Also, below is the full list of articles and letters to the editor mentioned above (some of these links are the same as those linked above). 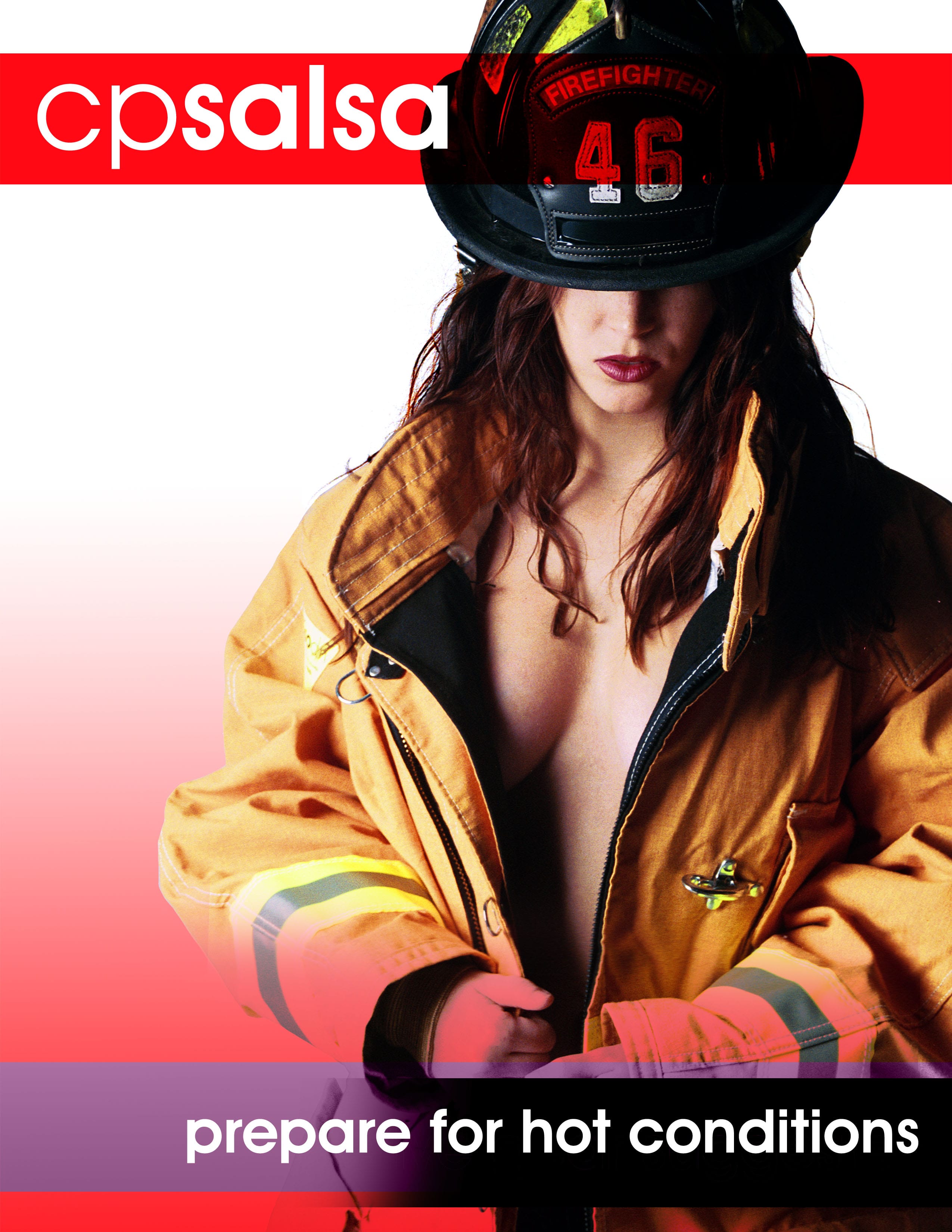 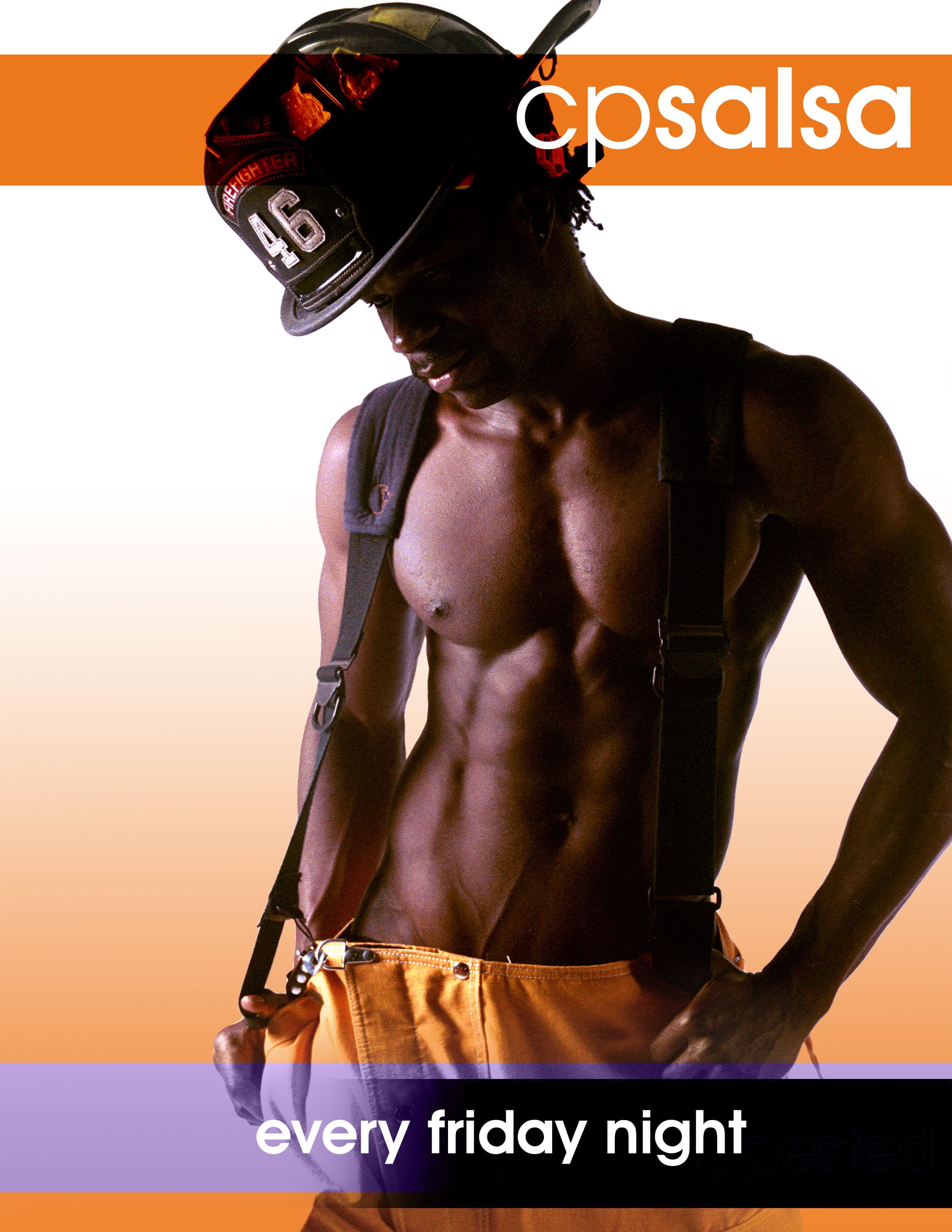 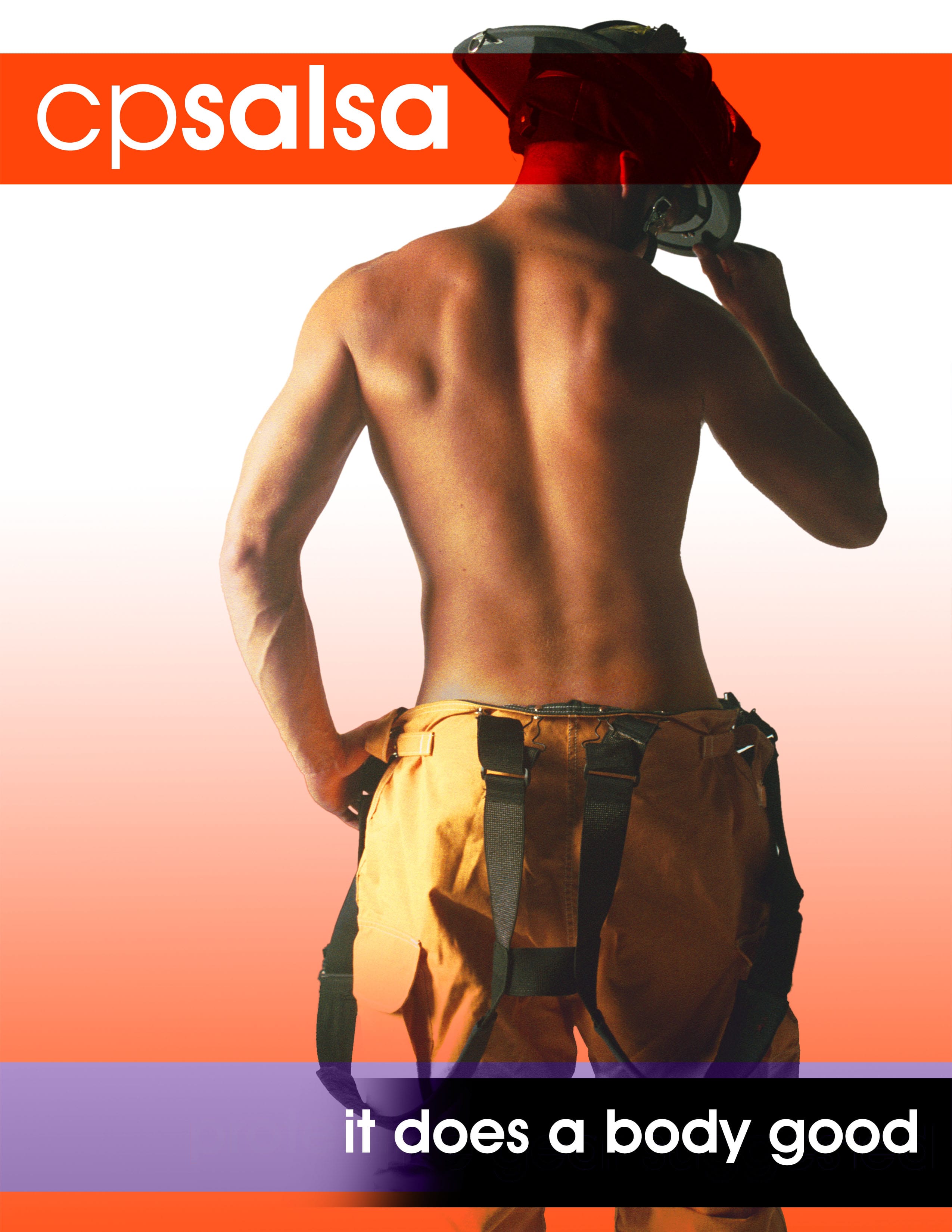 “In our jurisdiction, we fight fires with less clothes.” 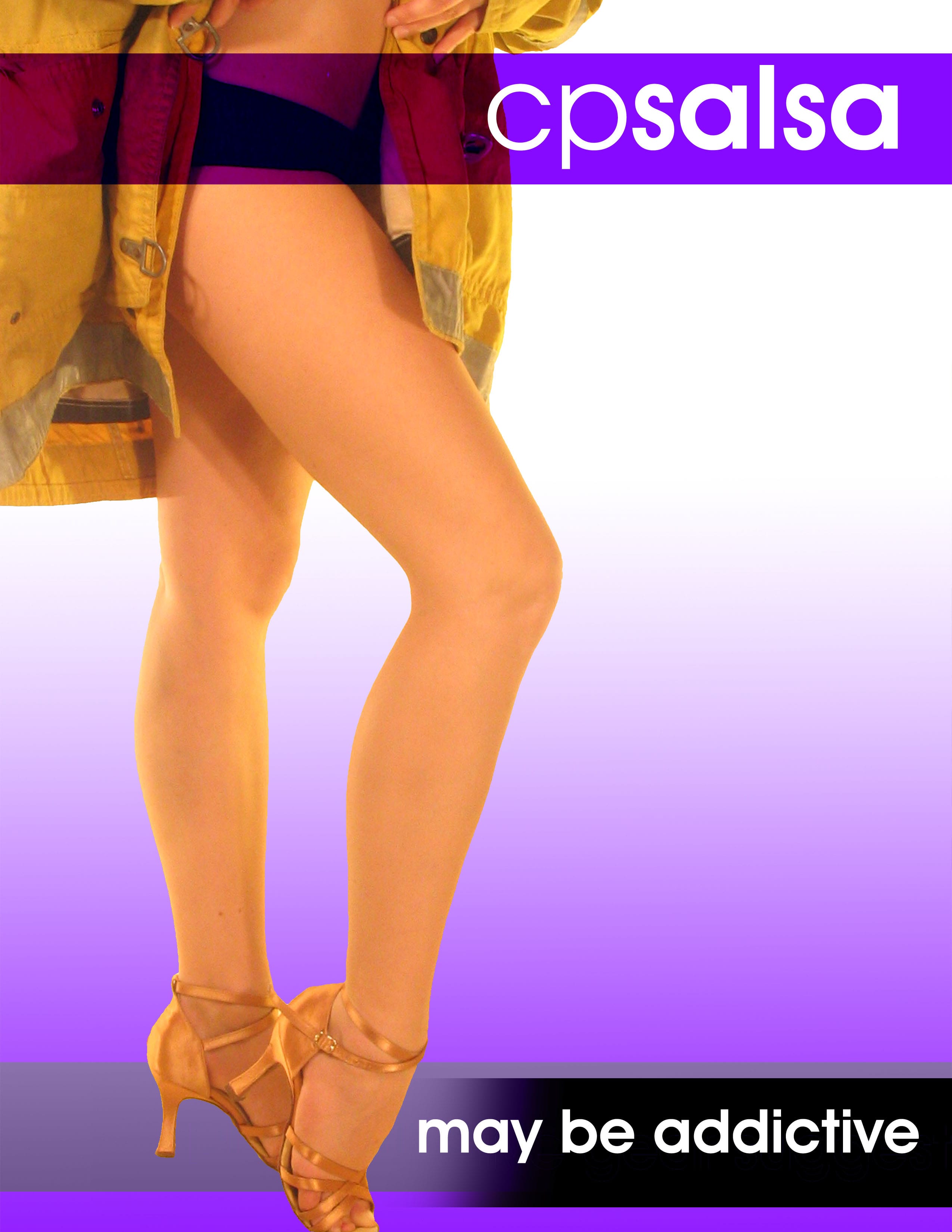 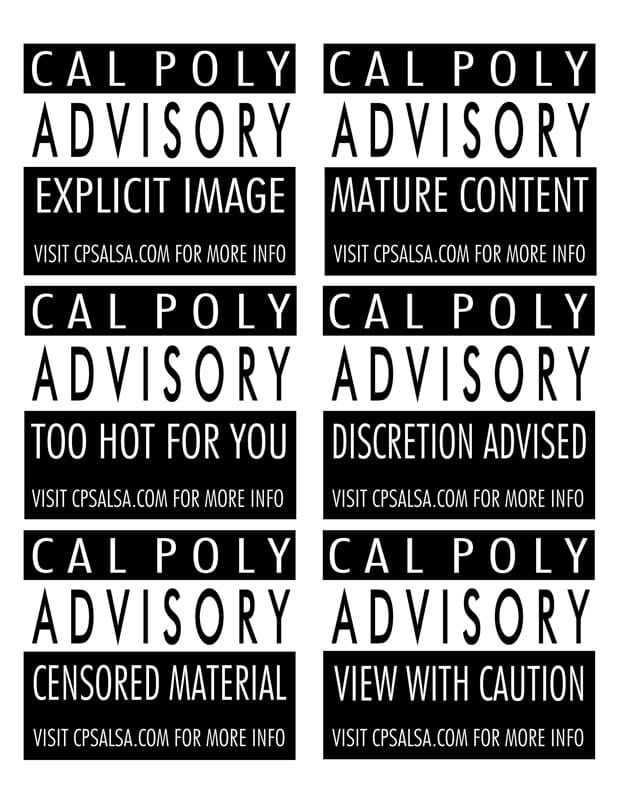 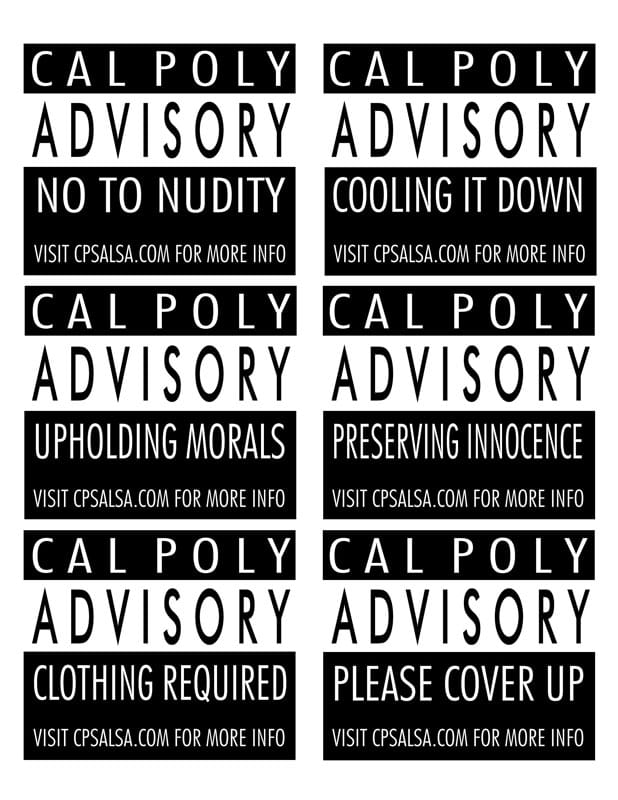 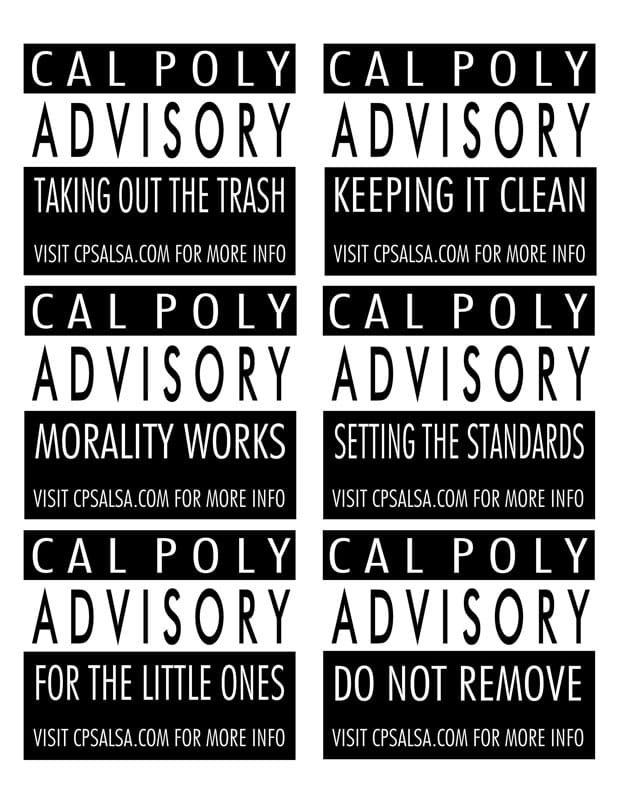 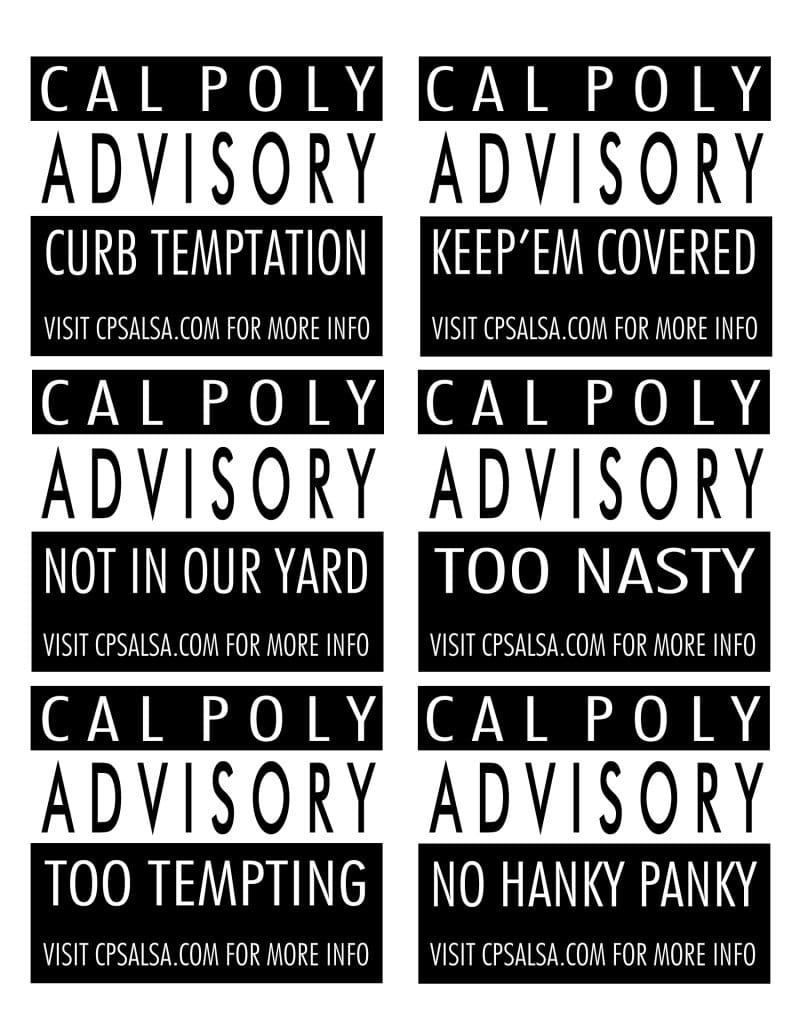 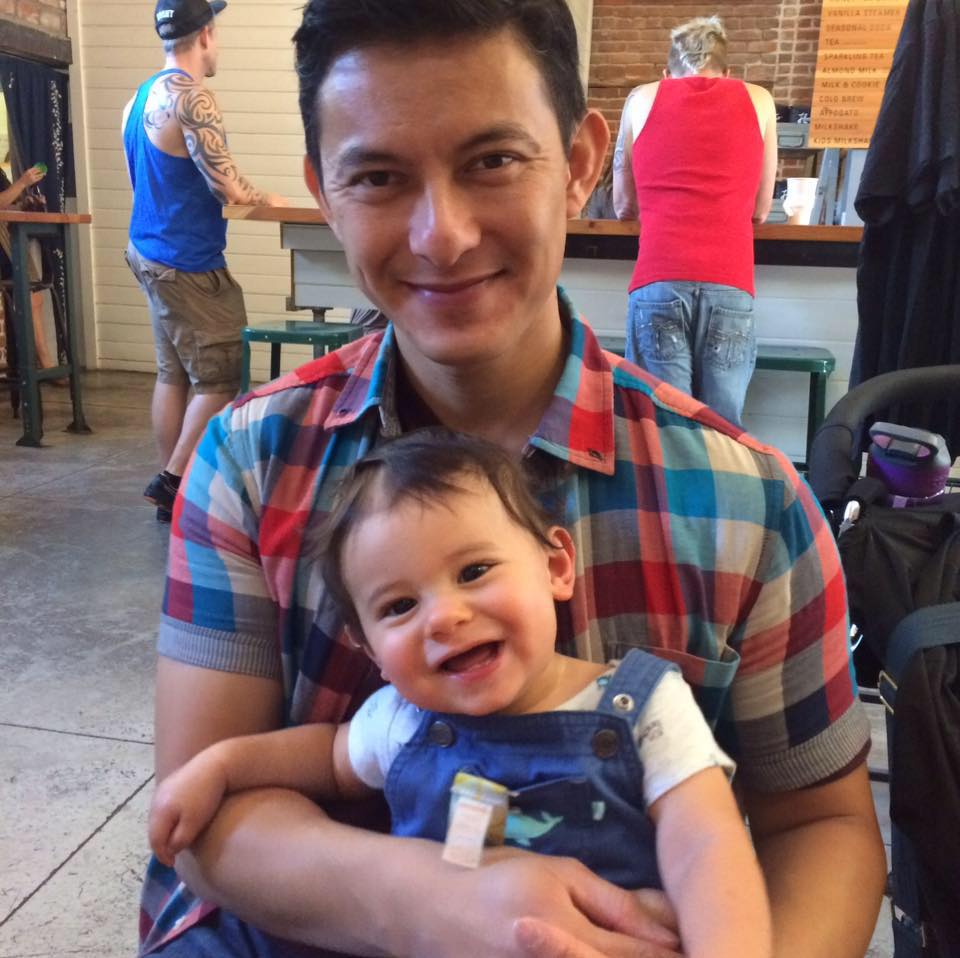